For years solar power in India has become a fast growing industry scaling the use of sun-accredited energy by a lot.

As a result, the demand for solar energy continuously increases which results in making India Green and leads the nation to ameliorate in the list of top solar energy countries. 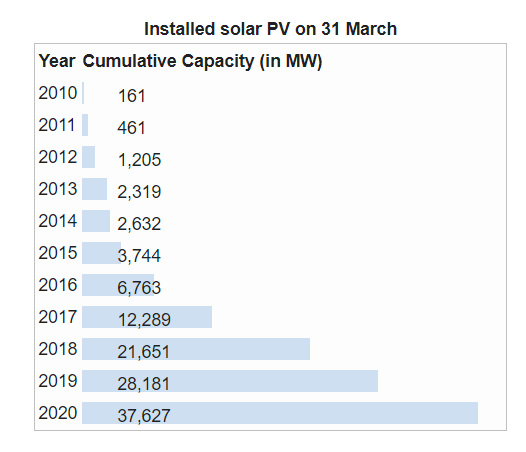 However, we have noticed every year since the launch of the solar power system in Lucknow about common uncertain myths (misconception) by people and groups of community.

Let’s figure out whether they are true or truely wrong…!

Only off the grid solar system and hybrid (dual) solar system remain working condition during daytime power outage. In the case of an on-grid connection system, it’s no longer functional when the system loses power, due to outage.

Solar owners already know-the ultimate answer, but those who don’t know, for them. Solar panels harness the sunlight and not its heat. Remember, too much cozzy temperature can lower the efficiency of solar panels, say up to 50%. Also, solar panels do not completely shut off during the cloudy or rainy season.

Myth #3 • Solar panels are prone to damage from wind, birds, animals, and more

Solar panels have toughened glass to prevent easy breakage. This is to say, birds dropping or standing monkeys even jumping on solar panels wouldn’t cause any physical damage. Also, the quality workmanship – mounting structure, pipes, wiring – determines the all-weather durability of your solar power system.

Many of us think that switching to solar energy is a high cost of investment, and only the luxurious folks could afford. But, this isn’t true…! Due to falling solar prices and government subsidy schemes, many Indian homeowners across different regions installed and benefited from it.

Myth #5 • Installing solar is quite complicated and requires a lot of maintenance.

You may collect detailed information about solar panels with your neighbour having solar panels installed on the rooftop. They can easily tell you the whole story about solar related complications and maintenance. Saying simply, solar panels come with a warranty of 25 years long and don’t require maintenance that leads you to any expenses. But, it recommends that every 15 to 30 days clean your solar panel.

Well, this is it….! That’s from our end. Want to give suggestions about these myths and stats that you have read just now…! We appreciate your idea on this, go on, comment down, leave your reply. You can also leave a request for solar panel installation, price, or any.

Based in Kanpur, Om Solar Solutions is a modern solution for modern solar related problems. We’ve a huge team of solar plant experts whose primary concern is to save your electricity bill by 70% to 80%.